Mid-term sworn declaration of use 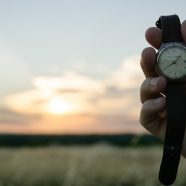 The most important regulation is made in Article 26, in which it is established that all those trademark registrations granted as from January 12, 2013, will have to file a mid-term sworn declaration of use before the Trademark Office, confirming the use of the mark. In this regard, please note that even though this amendment has become effective on June 3, 2019, the Trademark Office has granted a grace period to file the aforementioned declaration of use for those trademarks reaching their sixth year of granted or that are close to do so. This grace period ends on January 12, 2020.

In view of the above and even though the Trademark Office has not provided the formal requirements, it is presumed that this document has declarative nature and it will not be necessary to accompany documentary evidence.

It is to be noted that the term granted for said presentation will be in the course of the 6th year since the granting date of the trademark or since the date the renewal becomes effective. In the event that this declaration of use is not filed in due time and manner, it will be presumed that the trademark is not in use.

In this respect, we would like to emphasize that even though the Trademark Office will not proceed to repeal the property rights over the trademark registrations in which the affidavit of use has not been filed, they will be susceptible to being attacked on grounds of lack of use – cancellation action – by a third party.

It should be noted that the Trademark Office grants the possibility of filing said affidavit of use once the allowed period has ended, by paying an additional fees.

On the other hand, please be informed that the filing of the affidavit of use will be a mandatory requirement to request the renewal of all trademark registrations which have been granted as from January 12, 2013.

Finally, it is important to note that the new Decree has established that as from June 3, 2019, renewal applications may be submitted six months before its expiration date, as well as, during a six months grace period after it expiration, through the payment of additional fees.

In view of the aforementioned, we would like to take this opportunity to inform you that our Cabinet has already taken the necessary steps to apply the regulated amendments in Decree Nº  242/2019 to our surveillance systems. In this way, we will inform our clients in advance when the affidavit of use will have to be filed before the Trademark Office in due time and manner.