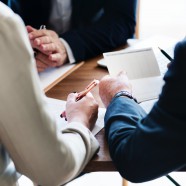 Regulations relating to amendments to the trademark law in Argentina have been finally issued by the Industrial Property Department (INPI). The most relevant features of such regulations include the following:

Regarding the management of the opposition procedure kindly note the following:

We believe that this new opposition procedure will make this matter evolve in the right direction by making it more agile and fast. However, we must express our reservation in connection with the Trademark Office’s decision  regarding the risk of confusion between the marks at issue, which we would be able to evaluate once we know the Examiner’s criteria on his first resolutions.

In view of the above, we are at least inclined to advise our clients, in the case of opposition proceedings, to submit the necessary arguments and evidence from their side in order to « guide » the Examiner’s final decision with all this elements.

We also note that the Mediation procedure – point 6) – is in force and that it will also be a useful instrument to solve this type of litigation as well as to obtain – before the submission of the allegations – additional deadlines if necessary.

We shall not fail on keeping you duly updated of the developments on this matter as well as the dispositions that will make these amendments (and other minor amendments) to be fully operative. 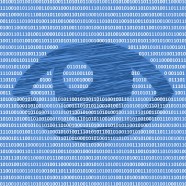 On April 4, 2018 we have again assisted to the Anti-Counterfeiting Summit held at the Four Seasons Hotel in Buenos Aires City organized by TODOTVMEDIA and Latin America Anti-Piracy & Intellectual Property Consulting (LAAPIP).

We had the opportunity to witness different panels in which topics of great current interest in the field of intellectual property were exposed and debated.

The authors, the television and film industry and the producers of the sector are alarmed by the growing implementation of IPTV (Internet Protocol Television) devices, through which copyright is curtailed.

By acquiring the device and without monthly payments, the user will access a platform to watch movies, series, live cable channels. The companies that develop these devices do not own the copyright but they ilegally take the signals.

While to combat this problem an effective method is the blocking of IP addresses, to achieve this it is required a judicial authorization which usually takes months. All attendees agreed that it is necessary to collaborate with online sales platforms (such as Mercado Libre, Amazon) and the commitment of government authorities to prevent these devices from entering the country.

In addition, representatives of the firms Fox and Turner, the alliance in charge of the transmission of the Argentine football matches, stressed their concern related to the existence of these devices and pointed out that their acquisition not only goes against intellectual property, but it also attempts against the sources of job.

The authorities of the Mexican Institute of Industrial Property (IMPI) briefed on the case of Sportflix Mexico. This platform was intended to be the “Netflix of Sports”, without holding the corresponding authorizations of the trademark and copyright holders, and thanks to an anonymous report received by the Institute, its launch was prevented and its facilities were closed.

Finally, the importance of the Budapest Convention on Cybercrime was highlighted, which basically aims to establish the bases for international cooperation and the exchange of information regarding these crimes. This treaty has 55 State members and fortunately Argentina has started the accession process at the end of last year.

Amendments to the Trademarks, Patents and Designs Laws 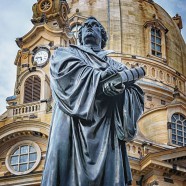 We wish to inform you that, within the administration of President Mauricio Macri and with the aim to modernize and facilitate the registration processes, as from January 12, 2018 certain amendments to the Trademarks, Patents and Designs Laws have come into force.

Said amendments have to be endorsed by the Legislative Power and then the Trademark Office will have to allot the necessary means to make them operative; in this sense, the Trademark Office will have to adapt their structures and develop the necessary training for their personnel. This process will require a considerable amount of time until the definitive application of the amendments is possible.

Please find below the main modifications to be implemented:

These amendments will undoubtedly work in favor of the applicants accelerating and simplifying the registration processes. However, we would like to bring to your attention that in order for the above mentioned amendments to be placed in force, the Decrees will have to be published as well as the Trademark Office’s will have to be modified, which will take a considerable amount of time.

We shall not fail on keeping you duly updated of the developments on this matter as well as the dispositions that will make these amendments (and other minor amendments) to be fully operative. 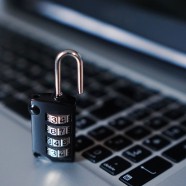 On June 1, 2017, we have attended the 9th Anti-counterfeiting and Content Summit – Tour 2017, which was held in the Four Seasons Hotel in Buenos Aires.

Several panelists, executives of the audiovisual industry as well as experts in counterfeiting and representatives of regulatory bodies agreed that raising awareness, the renewal of laws and the union of all players in the industry are key elements to tackle the problem.

There is no doubt that the unstoppable advance of the Internet and the growing development of new technologies facilitate a scenario for the propagation of many illicit in the intellectual property field.

The different exhibitors have understood that many times this problem is generated by the low costs and the speed in the access to the pirate contents by the users of all the ages and from anywhere in the world. From there becomes the need to create legal platforms to access movies, songs, books, television programs, etc., with lower costs and greater benefits for consumers.

It should be noted that Mr. Carlos Del Campo (Deputy Director of the Presidency of La Liga de Futbol Profesional) shared with the audience the good results achieved in Europe through a campaign to combat illegal content reproduction. La Liga has implemented a software that allows real-time search of Web sites that are illegally reproducing copyrighted material, and they have also achieved strong legislative reform.

There is no doubt that all parties involved – authors, entrepreneurs and users – must unite to combat counerfeiting, and should call on governments to create and implement more flexible measures that do not turn intellectual property rights into mere illusions. 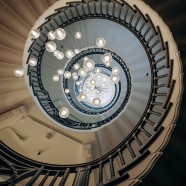 Our Trademark Office has announced a future increase of the taxes estimated in a 40% due to the serious inflation affecting our country.

Even though the increase has not been applied yet, we expect it to happen in the course of the coming weeks. In this sense and according to our understanding, the I.N.P.I has planned to apply this increase in two phases, the first phase will be of 20% and the second phase, planned for October, with the remaining 20%.

Despite the fact that this information is still unofficial, we advise our colleagues and clients to take this announcement seriously.